They have audition sides there from various shows that have already been cast, so you're working on actual audition scenes. Painful as it is to watch yourself, you can learn so much by these classes, where you do a scene and they tape you and you watch it and discuss what you did. And I thought the teachers were really smart and offered really great advice.

There's a lot of on-camera classes. I had taken a couple in New York also, which were helpful, but the classes at L. 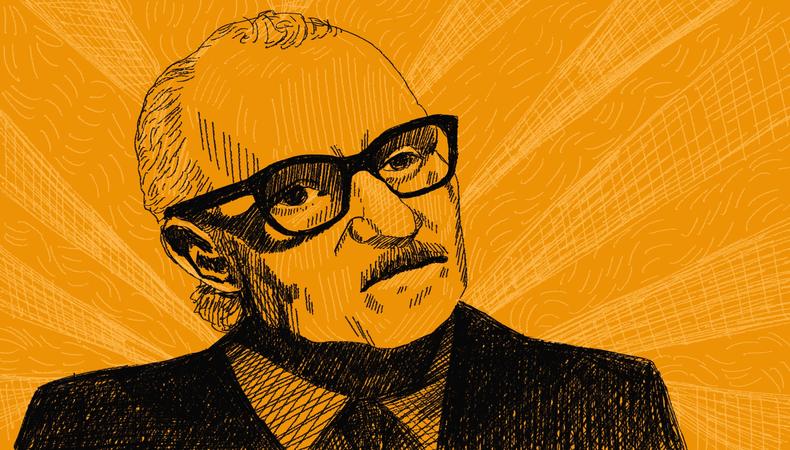 On-Camera Training Center were a little more intimate, and if you need, the teachers will do private coaching with you for auditions, and they really want you to succeed and will help you and guide you through learning acting for the camera. It was only my senior year that I started going to theater classes. I did my first play there.

Once that happened, I was a full-fledged waitress in New York City. I was basically waiting tables and being young in the city. Some of my friends and I were putting on our own plays and scene nights. There came a time when I thought, "I've got to start my career.


If this is really what I want to do, I've got to take it seriously. It was when I got into that class that I felt as if everything I'd learned before sort of came together for me. It was a significant moment in my life. It became organic and I began to understand it. I think about it a lot, and I'm forever grateful for it. I studied with Deena for about a year.

I stayed in touch, and we did some private work. I moved to Los Angeles, where I've worked with a private coach, Sharon Chatten, for the past 13 years. She is an amazing teacher, and for me she provided a natural progression from my earlier work with Deena. But my last work in a class environment was with Deena, who is a wonderful teacher. She's passionate, she's soulful, she's artful and incredibly experienced and talented, and she's fun. She's a warm person, and she created this really safe place to explore. But she also had a wonderful technique and a process.

You would work on a scene for six weeks. For the first three weeks, you don't memorize it.

You do a lot of process work with the text before memorizing it. In addition, she does this practice called "What Works. It could be the sound of your voice, the way your mouth moves, the way you walk. Oftentimes the things that will resonate with an audience were the things you wanted to shut down in yourself, the things that you thought didn't serve you as an actor—whether it's the way my hair looked that day or the fact that I was in a bad mood that day.

This allowed me to accept those things about myself and incorporate it into the work, not judging it, but keeping all those channels open. This way you're a fully formed instrument.

Chances are this will humanize the characters you play. If you want to resonate with an audience, you have to allow the characters to have flawed parts. It was that acceptance that made me think, "Oh, okay, I'm part of this. Everything I'm walking in the door with is okay to be part of this character.

I can explore this; I can come to terms with this. It's better to know that this is there and decide if it's usable instead of fighting it—because if you're fighting something, you're shutting down a part of you and your vulnerability. That helped me just because I could walk into an audition room, which was foreign and scary to me, and I didn't have to feel I had to be this "great actress. I use those terms—teachers and coaches—interchangeably.

I first studied with Gary Veney when I was a kid doing community theater while living in Los Angeles. They were all equally important to me. I needed them for different reasons at different points. But I always felt I needed training, but perhaps especially after spending eight years on a sitcom. Working on a sitcom is not the best place to learn acting. It's interesting because only as an adult have I gained a respect for sitcom acting. Given the genre and the schedule, you don't have time to develop character. The limited rehearsal time on a film and especially a sitcom is the problem.

It's a backward process to acting. In a sitcom you figure out where the laughs are, hit the laughs, and then if there's time, make it organic. The theater, of course, is the best place to develop character from the inside out, because there's the luxury of an extended rehearsal process. But if you're not in a play—or even if you are in one—I strongly recommend working with an acting teacher or coach. I know it has helped me. For the most part, and certainly in recent years, I've been working one-on-one with my teachers.

The challenge for me has always been to get the lines into my body. That's particularly hard when you have a limited rehearsal time.

When the words come from the body, that's when the acting really begins to happen and the character makes sense on a deeper level. That's one of the main reasons I wanted to work with Denise. She has helped me do that. What makes her so wonderful, among other things, is the way she listens. I do most of the talking, describing what I think is happening with the character, and she remains silent. But she is listening.

Then she starts asking me questions, and I begin to figure things out about the character on the basis of those questions. But what I especially like about her teaching technique is that she never tells you what to do. She lets you figure it out on your own. One of the important things I've learned from her is to get my lines down first. Once I've done that, I can work on character and get those words into my body. I still audition for roles, and before any audition I work with Denise.

I know it's yet another expense, but if at all possible I strongly recommend that every actor get a coach to prepare for an audition.

It's really been worth the expense for me. There is nothing like walking into an audition with the confidence that comes from being properly prepared and knowing you have done the work. That's when auditions actually become fun. She said to me, "They will probably tell you that you're a dramatic actress and a tragedian, but I think you're a comedian. She had me work on Sally Bowles from "I Am a Camera"—for a whole year, using all of her different exercises and techniques with this character.

This was essentially a dramedy, offering room for a lot of comedy.